Picasa – The End of an Era

The End of Picasa

When Google announced that they were discontinuing Picasa, it wasn’t really a surprise to those of us that understand that any of the Google services may disappear at any time with little notice. It certainly wasn’t a surprise to everyone that wondered how Google would make money off offering the best photo management tool for free. However, it was a stunning surprise for those of us who depended on the not-too-much nonsense,” get right down to work features” of Picasa. So, what is a user to do?

Picasa to Google Photos: Would We Recommend?

Google would like you to move to their online service Google Photos. Simply upload all your photos to Google and they will be available via the Google Photos website or in the apps available for iOS or Android. Okay, if you were suspicious about how Google made money from Picasa, how are they going to make money from the online service? Their overhead just skyrocketed. I may have a paltry 14GB of images, but my wife is closing on 250GB. Back of the envelope calculation suggests this would cost Google about $4-5/year to store.

I figure that in essence our cameras have become Google’s eyes in the real world. Google hopes to analyze our photos and derive some economically useful data from the photos. More disturbing is that I now must trust that Google will not pull the rug out from me. If Google Photos is the only place all my photos exist, do they really exist? I have no control over Google so what is to keep them from cutting off my access to my photos some day because they decide they can’t make money off my photos? So, for all the polish and ease of sharing photos, I cannot recommend this service to anyone.

How can I select and choose a software package to recommend? I need some criteria against which to evaluate a product. I think the first criteria is that a photo manager must leave me in control. My photos must remain in my possession and accessible to me. The second criteria is it must organize; I need to be able to import photos form camera cards and mobile devices. The software should let me group, tag, and search for photos. Third, any software I recommend must be reliable and work on the devices my clients use. As we will see, this puts me in a difficult position because, thus far, I have found nothing that meets all these needs. Let’s look at some candidates though:

Adobe’s Lightroom product is first and foremost designed for professional photographers. It supports multiple Libraries, which is a nice feature, though not one of my criteria. Lightroom imports photos from camera cards, supports RAW adjustments, tags images, and allows me to group photos in folders on my computer.
However, it is only available for Windows and Mac. It’s not the most reliable software…move photos around outside its interface and it does not follow the moves. The catalog files are too easy to corrupt, and it is expensive. But the biggest negative is there is a steep learning curve to get started using this software.

Apple at one point dominated the photo organizer market with their iPhoto product. That was a decade ago and trying to reclaim that mojo while adapting to the mobile world they have released Photos, which I will be calling Apple Photos to try to reduce confusion.

Apple Photos is designed to work the same on iOS and Mac OS. There are no Windows, Linux, or Android versions. Photos can import images from Camera cards and, building upon the iCloud service, sync photos across your Apple devices over the network, no plugging cords in. I’ve been surprised at the simple learning curve getting used to Photos, though clients coming from iPhoto do feel like the rug was pulled out from under them, as Photos lacks many features (like albums) my clients used in iPhoto. Photos, like iPhoto, stores your images in a document bundle that you cannot interact with directly, thus trapping your images in the software sans intervention from a command line ninja.

Windows Photo Gallery is part of the Windows Live Essentials package and can be installed for free from the Microsoft website. It is Windows only and was last updated in 2012. Windows 8 and newer have a simplistic photo viewer built in that Microsoft recommends as a replacement for the Windows Photo Gallery. However, the Windows Live Essentials 2012 version will seem familiar to power users of Microsoft software Circa 2009, such as Windows 7 and Office 2010, though it is a difficult interface for people to learn.

Windows Photo Gallery imposes no restriction on how you organize your photos, and can tag and search for photos.

Pros: All in all, a good product

Cons: Windows only, abandoned by Microsoft, importing from mobile devices is difficult, the tabbed interface is less useful than menus and a simple, customizable tool bar would have been.

Shotwell is a photo manager for Linux. Most geeks don’t associate well-designed Graphical User Interface software with Linux, but Shotwell shines as an example of what can be done by passionate developers.

Shotwell, like Picasa and Lightroom, uses a database for tracking images. However, one can easily delete this database and Shotwell will rebuild it on the next launch. The database is also a standard sqlite3 database, meaning that command line gurus can manipulate it without breaking Shotwell. Shotwell leaves the user in control; they can, for example, manipulate photos outside the program.

Cons: importing from mobile devices requires using the cord and is not the best, Linux only

I’ve been facing a hard decision over the past few years as Apple, Google, and Microsoft try to adapt to the mobile focused world. The tech giants have not done a good job as Google insists that everything must be a web page (their strength), Microsoft insists everything must run on the latest version of Windows and Apple insists everything must run on Apple hardware. As of now, there are a few substitutes for Picasa, but none fitting all the needs. Hopefully in the future, there will be better options, but for now, we’ll work with what we have.

New Resources In Your Inbox

Get our latest cybersecurity resources, content, tips and trends. 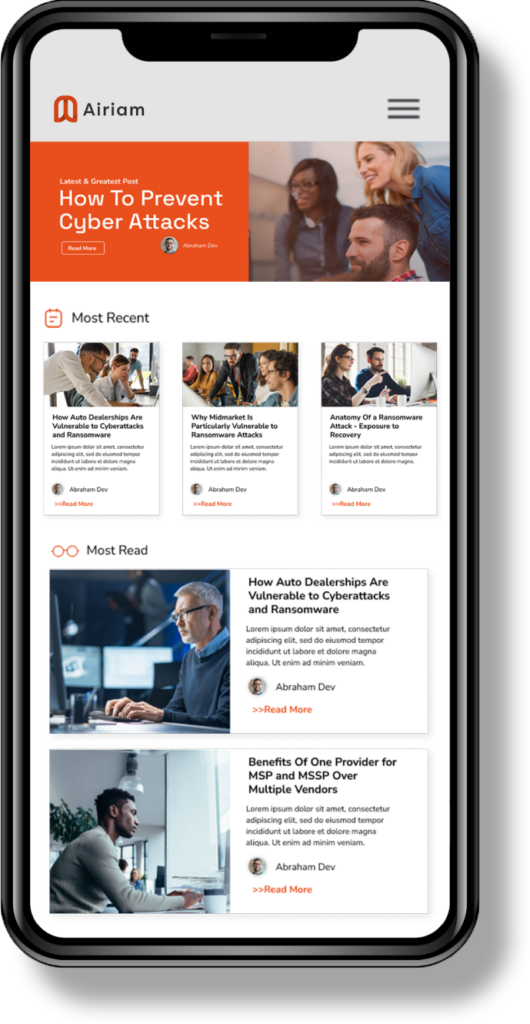 Other resources that might be of interest to you.

Airiam Field CISO and CIO Art Ocain discusses yesterday’s FAA outage in this short clip. In the video, he looks at how the situation illustrates the dangers of technical debt building up, complex legacy systems, poor documentation, improper back

Podcast: The Basics of Cyber Resilience

﻿ Episode Summary Cyber resilience is an evolution in mindset for the world of information security. It has been happening for years. Relying on firewalls, anti-virus, and other preventive manners at the expense of planning for what if can mean that a

Cyber insurance is no substitute for prevention, but it should still be treated as a preventative step, often a step (or several steps) behind zero-day threats. What Does Cyber Insurance Cover? After a ransomware outbreak, it’s common to think, “insura

This website uses cookies to help personalize and improve your experience. By continuing to use this site, you are consenting to the use of cookies.
Accept
Manage consent

This website uses cookies to improve your experience while you navigate through the website. Out of these, the cookies that are categorized as necessary are stored on your browser as they are essential for the working of basic functionalities of the website. We also use third-party cookies that help us analyze and understand how you use this website. These cookies will be stored in your browser only with your consent. You also have the option to opt-out of these cookies. But opting out of some of these cookies may affect your browsing experience.
Necessary Always Enabled
Necessary cookies are absolutely essential for the website to function properly. These cookies ensure basic functionalities and security features of the website, anonymously.
Functional
Functional cookies help to perform certain functionalities like sharing the content of the website on social media platforms, collect feedbacks, and other third-party features.
Performance
Performance cookies are used to understand and analyze the key performance indexes of the website which helps in delivering a better user experience for the visitors.
Analytics
Analytical cookies are used to understand how visitors interact with the website. These cookies help provide information on metrics the number of visitors, bounce rate, traffic source, etc.
Advertisement
Advertisement cookies are used to provide visitors with relevant ads and marketing campaigns. These cookies track visitors across websites and collect information to provide customized ads.
Others
Other uncategorized cookies are those that are being analyzed and have not been classified into a category as yet.
SAVE & ACCEPT